Group: It's Not Too Late To Save Coral Reefs; Recent Study A 'Post Mortem While The Patient Is Still Alive'

A Tale Of Two Atolls: Researchers Study The Impact Of Fishing On Remote Coral Reefs 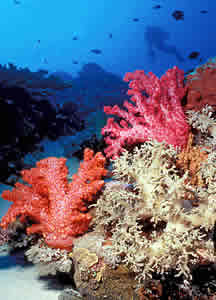 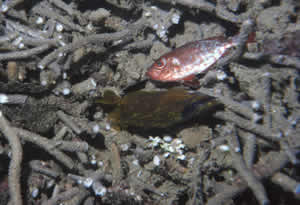 WASHINGTON, D.C. -- A new study analyzing the destruction of Southeast Asia's coral reefs by blast fishing finds that an ounce of prevention is indeed better than a pound of cure. The authors of the study in the journal Conservation Letters find that using marine patrols and enforcement to prevent blast fishing can be 70 times more cost-effective than rebuilding those reefs after the damage is done.

which home-made bombs are detonated into schools of fish for easy collection, leaves large areas of broken coral rubble that are unlikely to recover naturally. The result is severe impacts on biodiversity and habitat for other fish because it kills both target and non-target fish and shatters coral skeletons. It also often injures and maims those doing the fishing when the home-made bombs malfunction. Blast fishing has been practiced in Southeast Asia since World War II despite regulations in most countries prohibiting it.

In recent years many have tried to rebuild damaged reefs with artificial "reef balls," concrete structures, coral transplantation and electric fields, the authors write. But the long-term effectiveness of these rebuilding efforts is unproven and they are not as effective as protecting centuries-old undamaged reefs from damage in the first place. In terms of cost, the authors found that prevention is anywhere from 5-70 times more cost-effective than rehabilitation using locally quarried rocks as a base for regrowing corals, depending on the calculations used.

"There are few if any methods of coral reef rehabilitation that are economically feasible at large scale or for developing nations." said Helen Fox, World Wildlife Fund Marine Conservation Scientist and the corresponding author of the study. "The million dollar question is whether to invest limited conservation funds in prevention of damage or repair of damage to coral reefs and it appears that prevention through increased enforcement is the answer in this case."

Coral reefs are among the most diverse and most threatened ecosystems on the planet â 19 percent of the world's reefs are non-functional and in Southeast Asia 40 percent are non-functional. Most marine protected areas are underfunded and marine patrols often have few boats and thousands of square miles of ocean to protect from illegal activities such as blast fishing.

This is one of the first studies to quantifiably examine the cost-effectiveness of various management options for coral reefs. The findings could significantly affect policies not only on coral reef protection but also on the protection of other habitats.

The study was authored by experts from World Wildlife Fund, the University of Maryland, Purdue University, The Nature Conservancy and People and Nature Consulting International. It can be read in full here: http://www3.interscience.wiley.com/cgi-bin/fulltext/123312265/HTMLSTART

The study site was Indonesia's Komodo National Park, which is in a region known as The Coral Triangle. This vast area of the Indo-Pacific region harbors 75 percent of all known coral species, more than half of the world's reefs, 40 percent of the world's coral reef fish species, and six of the world's seven species of marine turtle.

Komodo itself has over 200 species of reef- building corals but they are under threat. Half of Komodo's 4200 acres of coral reefs had been damaged by blast fishing by the mid-1990s. Since enforcement efforts began in 1996 with the help of The Nature Conservancy blast fishing has decreased by 80 percent to 100 percent. Locals and dive operators report blast fishers to police, and "floating ranger stations" are supported by speedboats to pursue blast fishers.

TNC also began rehabilitation of damaged reefs using locally quarried rocks as a base for regrowing corals in large rubble fields. The efforts were mostly successful, resulting in the growth of both hard and soft corals in the rehabilitation areas.

The costs for both enforcement and rehabilitation were then analyzed: to patrol the Park adequately for seven years would cost $1,122,953 while the cost to install rock piles in all the damaged coral reef habitat of Komodo National Park would be $40,800,000, or about $10,000 per acre. Despite this price tag, this method is among the cheapest; others have costs that range from $32,000 per acre to $247 million per acre.

"Our study clearly shows that in this case for coral reefs, spending the money upfront on enforcement is far cheaper and in the long run, is better for the long-term health of reefs and the species that rely on them, including humans," Fox said. "In addition, research on how to increase management effectiveness and compliance with regulations could yield high dividends."

The authors recommend that along with increased enforcement, conservationists and park staff should promote community education and alternative livelihoods to blast fishing, such as seaweed farming and sustainable fishing.