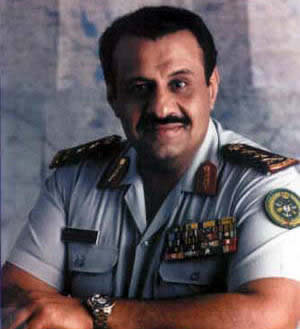 LANDOVER, Maryland -- The final expedition of a four-year collaborative coral reef research program along the Red Sea coast of Saudi Arabia will occur April 4-28, 2009, in an area known as the Farasan Banks. The expedition will be conducted from the research support vessel M/Y Golden Shadow, through a partnership among Khaled bin Sultan Living Oceans Foundation, the National Commission for Wildlife Conservation and Development [of Saudi Arabia], the National Coral Reef Institute [of the United States], and the International Union for the Conservation of Nature. This will be the first time this area has been scientifically surveyed since Jacques Cousteau visited it on the Calypso in 1951.

Because the Farasan Banks is an offshore coral reef system, it is fairly well protected from pollution and other stressors common to reefs near populated shorelines with fishing stress being a notable exception. Being relatively remote, this area will present the expedition with an opportunity to assess the health of coral reefs without being confounded by stressors affecting reefs located in close proximity to urban development pressures. The research conducted during the expedition will provide baseline data on the types of habitats, keystone species, and factors that promote coral reef health during these times of global climate change, which can be applied towards conservation efforts necessary to preserve coral reefs worldwide.

This expedition complements earlier phases of the Red Sea research program conducted since 2006, which focused on the Farasan Islands (extreme southern Saudi Arabia), Ra's Qisbah (northernmost Red Sea), and the Yanbu Barrier Reef/Al Wajh Bank area (north-central coast). This comprehensive four-year study of the Red Sea coast of Saudi Arabia is producing habitat maps for coral reefs and associated shallow marine environments along a vast latitude spread from the northern Red Sea near the Gulf of Aqaba to the southern border with Yemen by leveraging the power of satellite and airborne remote sensing, combined with state of the art in-water validation of depth, bottom features, and community composition. These expeditions are collecting and analyzing information necessary to create high resolution digital habitat maps. The maps form the base layer of a detailed Geographical Information System (GIS) database that can be valuable to marine resource managers for site-specific ecosystem conservation measures such as establishment of marine protected areas.

"Our ultimate goal is to influence positive actions by resource management authorities to preserve the coral reef resources of the world since ecosystem-based management can only be effectively achieved through the knowledge gained by scientific surveys and analyses," said HRH Prince General Khaled bin Sultan, founder and chairman of the Living Oceans Foundation. "Additionally, the results of this comprehensive program are expected to give Saudi Arabia a distinct advantage in identifying the areas of highest biodiversity value so that the country can develop effective management plans to conserve these invaluable resources for future generations."

Coral reef ecosystems are under growing stress due to local anthropogenic stressors such as overfishing and pollution, natural impacts (diseases, bleaching, predator outbreaks, and hurricanes), and global climate change, which is causing elevated temperatures and increasing ocean acidity. While certain factors like global climate change are difficult to locally manage, reefs may be able to persist, adapt and/or recover from global stressors through concerted efforts to manage and mitigate local stressors. This research will evaluate the current status and condition of Saudi Arabian coral reefs and will identify ongoing threats of concern, patterns of recovery from multiple past disturbance events (e.g., coral bleaching events that occurred over the last decade), and the ability for reefs to resist future change and persist under future global climate change scenarios. An emphasis will be placed on identifying site-specific conservation and management measures, including sites of high biodiversity, locations with unusual and/or ecologically and economically important species assemblages, and sites under considerable threat.

"This expedition to the Farasan Banks area is important because it is a geologically unique feature of the Red Sea that has not been surveyed since Cousteau was there almost six decades ago," said Captain Phillip G. Renaud, executive director of the Living Oceans Foundation. "Additionally, this is a productive fishing ground for Saudi Arabia so it is important to survey the fish communities living in and around these coral reefs to determine if overfishing is occurring, since overfishing is a known source of harm to the health of coral reefs around the world."

The Farasan Banks is comprised of pinnacles that reach up from the seabed at over 1000 feet that resemble coral atolls and enclose deep water lagoons that may contain lush coral formations. Cousteau described this area in his book The Living Sea as: "The wildest of all the reef complexes in the Red Sea … 350 miles long and thirty miles wide …. This demented masterpiece of outcrops, shoals, foaming reefs, and other lurking ship-breakers was created by societies of minute animals that have changed the aspect of our planet far more than man has yet been able to do."

Upon the return of this expedition, the Living Oceans Foundation will begin preparing for its three-year Global Reef Expedition: Science Without BordersÂ® program, which will begin in 2010, with the primary goals of evaluating the health and resilience of coral reef ecosystems around the world and raising awareness of the state of the world's oceans. Additionally, the Expedition will promote international scientific literacy by engaging in a variety of marine science educational programs in each host country. The first research expedition is slated for the Caribbean region in the spring of 2010.