Bahamas Resort And Scientist Partner On Shark-Free Marina Initiative; 'Action Is Required On Every Level' 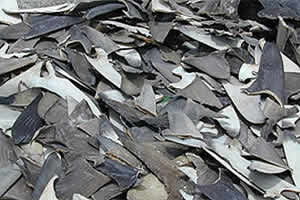 RWS also announced that it will not offer shark fin on the menus of banquets and restaurants throughout the resort. credit: WildAid

Singapore -- Resorts World at Sentosa (RWS) today launched a fund to sponsor research, education and conservation efforts related to marine life, to further the marine conservation cause. The RWS Marine Life Fund will dispatch up to S$100,000 each year in 2008 and 2009; and up to S$1 million each year from 2010 when the Resort opens.

To encourage and cultivate an interest for the oceans, besides researchers and NGOs, the Fund is also open to schoolchildren. 25% of this Fund will be set aside for kids working on school projects related to marine conservation. There is no cap on the applied funding, and projects could span anything from fieldwork to classroom models. All applications will be assessed by a RWS committee which oversees the Fund, and for applications for funding above $20,000, an independent reviewer will be included in the assessment.

Reinforcing this commitment to marine conservation and research, the Resort also announced that shark fin will not be offered on the menus of banquets and restaurants throughout the Resort. Instead, alternatives to this traditional Asian delicacy, often served at celebratory and wedding dinners, will be made available. RWS is taking this step in the belief that the consumption of shark fin is currently unsustainable due to the declining shark population and growing demand for shark fin.

RWS’s Communications Head Krist Boo, who oversees the project, said, "We hope to see some good applications for the Marine Life Fund. What’s exciting for us is that this fund is not reserved only for established conservation groups, but it has a pocket solely devoted to kids. We hope it will encourage children to learn about the ocean, and to love it. The online application process is easy for all."

She added, "As for shark fin, we are taking it off the menu because being a landmark project in Asia, we believe we can make a difference. There are communities that have consumed shark meat and fins for generations and we respect that. What we are advocating is an end to mass consumption patterns that appear unsustainable for the shark population. We are fortunate to have WildAid and ACRES, two well-respected conservation groups, as partners in this cause."

As for totally eliminating shark fin from the resort, Boo does not rule out exceptions. "In the private gaming rooms, if a high roller asks for shark’s fin, we will serve it and that’s a business decision."

Mr Peter Knights, Executive Director of WildAid, headquartered in San Francisco, said, "Just as with action to stem global warming, it is vital that corporations and the public take the lead, as government action is invariably too little too late. By eating alternatives, consumers can help to save sharks and protect our oceans and we applaud Resorts World at Sentosa’s lead on this."

Mr Louis Ng, Executive Director of Singapore-based ACRES (Animal Concerns Research and Education Society), said, "ACRES applauds RWS for leaving shark fin soup off their menu and we urge the public to support this progressive move. We certainly hope that other companies and restaurants follow RWS’s example which will undoubtedly make a difference for the world’s remaining sharks."

The new initiatives launched today are an extension of the Resort’s conservation efforts. In 2006, RWS undertook the initiative to relocate corals and other marine life around the northern coastline affected by reclamation works that were carried out as part of the Resort’s construction. To preserve a part of Singapore’s natural marine heritage, the affected corals were moved to the Southern Islands, and are now thriving in their new homes.