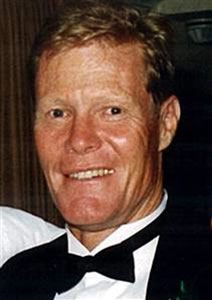 The victims were engaged in surfing (2), kayaking (2), and swimming (1). The fatal attack on swimmer David Martin at Solana Beach in April was the third fatality confirmed for the 21st Century with the prior two occurring in the month of August in 2003 and 2004. The Great White Shark, Carcharodon carcharias, was positively identified as the causal species in all five of the attacks verified in 2008. This brings the total number of authenticated shark attacks along the West Coast during the first 8 years of the 21st Century to 42, 'more than five times' the Twentieth Century annual average.

"Shark Attacks of the Twentieth Century" authenticated 108 unprovoked shark attacks from the Pacific Coast between 1900 and 1999. The Great White Shark, was implicated in 94 (87%) of the attacks with an annual average of slightly more than one shark attack per year.

It is compelling that since the year 2000 there have been 42 unprovoked shark attacks reported from the Pacific Coast. This is nearly 40% of the total number of attacks reported for the entire Twentieth Century and all in less than a decade.

The most recent victim was Tony Johnson kayaking near Tomales Head and Dillon Beach, California on December 20th. He was the eighth kayaker to be attacked off the Pacific Coast since the first reported incident in 1989 and the 150th shark attack victim since 1900. The Great White Shark has been implicated in 130 (87%) of the 150 confirmed unprovoked shark attacks reported from the Pacific Coast of North America.

There were 36 shark attacks confirmed from California, which includes 3 fatalities, and 6 unprovoked attacks reported from Oregon during the first eight years of the 21st Century. Surfers accounted for 32 (76%) of the shark attacks documented since 2000 with 4 (10%) swimmers, 3 (7%) kayakers, 2 (5%) divers and 1 (2%) paddle boarder.

The number of juvenile and adult Great White Sharks observed in the Southern California area during 2008 suggests a possible change in their population dynamics and seasonal site preferences. The number of stranded marine mammal carcasses reported, specifically their location and time of year, would seem to support this observation. The Shark Research Committee will closely monitor this activity in the coming year.

Additional information regarding the Shark Research Committee's conservation, education, and research programs and how you can participate are available at: www.sharkresearchcommittee.com.