This is a printer version of an UnderwaterTimes.com article.
To view the article online, visit: http://www.underwatertimes.com/news.php?article_id=93512100876 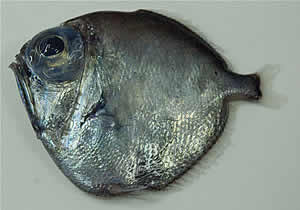 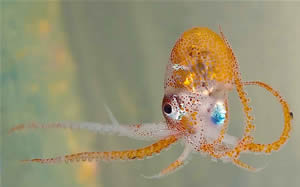 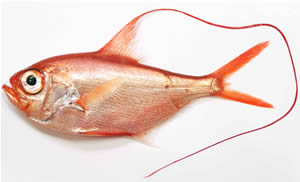 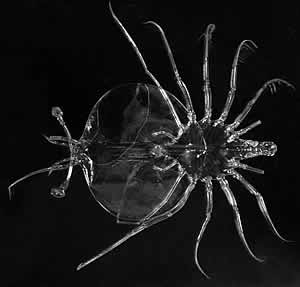 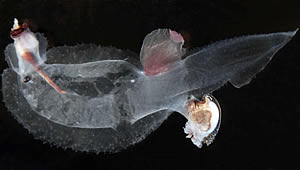 GLAND, Switzerland -- A team of the world’s leading marine experts, paired with scientists from the Indian Ocean region, have just returned from a six-week research expedition above seamounts in the high seas of the Indian Ocean with a whole new understanding of seamount ecosystems. They gathered a very rich collection of data and specimens, including some strange-looking marine creatures.

The scientific survey was organized by IUCN and its partners to improve knowledge of seamounts across the southwest Indian Ocean ridge. Seamounts, underwater mountains of volcanic and tectonic origin, are known to be hotpots of biodiversity and attract a range of oceanic predators, including seabirds, whales and sharks. They also attract deepwater fisheries, as they host many species of commercial interest, most of which are very vulnerable to over-exploitation. The results of the research do not only have a scientific interest, but will help improve conservation and management of Indian Ocean marine resources.

“I am extremely pleased with the data that we have collected and the number of species that we have encountered”, says Dr Alex David Rogers, Chief Scientist of the Cruise and Senior Research Fellow at the Zoological Society of London. “The diversity of species that we sampled is higher than what I would have expected. Some species have been recorded for the first time in the region, and we hope to have found some species new to science. It was also very interesting to discover that the six seamounts we surveyed are very different from each other, and I believe our findings will certainly improve our global knowledge of seamount ecosystems”.

The Norwegian research vessel Dr Fridtjof Nansen left on 12 November from Reunion island, and travelled 6,000 miles in 40 days to study five seamounts on the southwest Indian Ocean Ridge, and one seamount further north on Walters Shoal, south of Madagascar, before docking in Port Elisabeth, South Africa, today. All features were located in waters beyond national jurisdictions, at two to three days' sailing from the nearest land. Two of them had been set aside on a voluntary basis as protected areas by the Southern Indian Ocean Deepsea Fishers Association, which would allow comparison between fished and unfished seamounts.

“It is gratifying to know that this work is not an isolated scientific trip, but will directly feed into conservation and management recommendations”, says Sarah Gotheil, Programme Officer with IUCN's Global Marine Programme. “Through our study we hope to confirm the conservation benefits of protecting seamount features on the ridge. This will inform future management of deep-sea ecosystems in the high seas globally”.

In total, nearly 7,000 specimens have been collected and labeled, from two-metre long fish to tiny crustacean larvae. They include an impressive variety of fish, shrimps, squids and gelatinous marine creatures. Many more microscopic species of phytoplankton and zooplankton, representing the base of the food chain in the ocean, have also been collected. The two seabird and marine mammal observers recorded thousands of seabirds from as many as 36 species, and 26 marine mammals. Two of them, majestic humpback whales, even offered the team a wonderful 30-minute show of jumping around at just a few metres from the ship.