This is a printer version of an UnderwaterTimes.com article.
To view the article online, visit: http://www.underwatertimes.com/news.php?article_id=86172054103 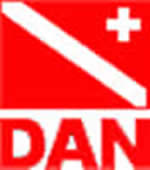 DURHAM, North Carolina -- In a news release dated March 13, 2006, Divers Alert Network (DAN) US has responded to the recent news that numerous hyperbaric chambers operated by the SSS Network will no longer honor the insurance offered by DAN America. Chambers impacted lie in some of the world’s most popular dive destinations, including The Bahamas, Baja California, Belize, Cancun, Cozumel, Galapagos, Phuket (Thailand), Playa del Carmen, Samui (Thailand), and the Yucatan (Mexico). DAN and the SSS Network have been embroiled in billing disputes that go back to 2004 over what each side deems "reasonable and customary" fees.

Here is the text of DAN's message:

We deeply regret that many DAN members and others in the diving communitywere the focus of a broadcast email campaign by the SSS Network. The latest statement from SSS is designed to intimidate and frighten DAN members, and much of the information is untrue, misleading and contradicts previous statements from chambers within the SSS Network. DAN and SSS are in dispute over the excessive treatment charges, which DAN believes are not reasonable and customary in comparison to other hyperbaric chambers and will damage the diving industry long term if not addressed now. By refusing to accept DAN insurance, SSS is attempting to place the burden of payment on the diver in order to gain leverage to force DAN's insurer to accept higher treatment charges.

We find it hard to believe that SSS facilities would be closing due to insurance issues involving DANÂ¹s insurer. SSS has claimed that insurance purchased through DAN represents only a small percentage of their business.

They have now stated that some of this is being driven by a slowdown in diving travel, especially to dive locations that experienced hurricane and tsunami damage. DAN has always supported remote facilities through our Recompression Assistance Program (RCAP). This program is part of the not-for-profit mission of DAN, and provides equipment to help chambers remain fully operational so they can remain open and viable and assist divers in need without having to resort to overcharging injured divers.

The recent SSS press release implies that there is something suspicious about Accident & General Insurance, Ltd. (AGI), a wholly-owned subsidiary of DAN that underwrites a portion of the diver accident insurance purchased through DAN. On the contrary, DAN has referenced AGI in all of its publications and presentations about DAN. Revenue generated by AGI supports DAN's mission activities including medical services and research. No DAN employees receive compensation from AGI.

DAN has worked hard to bring this dispute to an equitable resolution. A court date is set for early May 2006. A mediation session is scheduled for late March. The tactics employed by SSS are unfortunate choices in a dispute that we choose to handle in a more professional manner. While SSS keeps changing its position (see DAN website for a chronological records of their statements), DAN has always maintained a consistent message and approach to the issue:

A. DAN Members will be treated at all SSS recompression chambers
B. DAN Members with Dive Accident Insurance purchased through DAN are fully covered
C. In the event of a dive injury, call the DAN Emergency Hotline immediately
D. DAN will handle all the necessary matters and no DAN member will be out of pocket

DAN has been here to protect divers for over 25 years and during that time we have been true to our mission to keep divers and our sport as safe as possible. We will continue to do so. DAN is and will remain Your Dive Safety Association.

Note that this dispute only applies to DAN America insurance and not any other insurance coverage including DAN Europe, DAN Southern Africa, DAN Japan or DAN SEAP.