This is a printer version of an UnderwaterTimes.com article.
To view the article online, visit: http://www.underwatertimes.com/news.php?article_id=84017635210 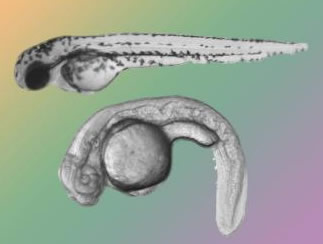 SEATTLE, Washington -- If a zebrafish loses a chunk of its tail fin, it'll grow back within a week. Like lizards, newts, and frogs, a zebrafish can replace surprisingly complex body parts. A tail fin, for example, has many different types of cells and is a very intricate structure. It is the fish version of an arm or leg.

The question of how cold-blooded animals re-grow missing tails and other appendages has fascinated veterinary and medical scientists. They also wonder if people, and other warm-blooded animals that evolved from these simpler creatures, might still have untapped regenerative powers hidden in their genes.

People are constantly renewing blood components, skeletal muscles and skin. We can regenerate liver tissue and repair minor injuries to bone, muscle, the tips of our toes and fingers, and the corneas of our eyes. Finding out more about the remarkable ability of amphibians and fish to re-grow complex parts might provide the information necessary to create treatments for people whose hearts, spinal cords, eyes or arms and legs have been badly hurt.

Scientists have discovered some of the genes and cell-to-cell communication pathways that enable zebrafish to restore their tail fins.

"The ability to regenerate body parts such as those that are damaged by injury or disease," said Dr. Randall Moon, professor of pharmacology at the University of Washington (UW), an investigator of the Howard Hughes Medical Institute, and a researcher in the UW Institute for Stem Cell and Regenerative Medicine, "involves creating cells that can take any number of new roles. This can be done by re-programming cells that already have a given function or by activating resident stem cells."

Developmental biologists know that a particular kind of cell-to-cell communication, called Wnt/Beta-catenin signaling, regulates the fate of these as-yet undeveloped cells as an embryo forms. Through a cascade of signals, cells waiting for their calling learn which spot to take to help form the embryo, what kinds of cells to become there, and how many cells like themselves should be reproduced. These streams of signals also tell stem cells in adult organisms what functions to undertake. Once tissue formation starts, something has to tell it to stop before growth gets out of hand.

In the Dec. 21, 2006 online edition of the scientific journal Development, UW researchers report on laboratory evidence that suggests that Wnt/Beta signaling also promotes the regeneration of tail fins in zebrafish. Another, distinct signaling pathway activated by a different kind of Wnt protein called Wnt5b, turns down the genes that are turned on by Wnt/Beta-catenin, impairs cell proliferation, and inhibits fin regeneration. Fish that have a mutant Wnt5b protein regenerate missing tails very quickly. Too much of another related protein, Wnt8, also increases cell proliferation in the regenerating fin.

"We can actually increase the rate of regeneration by turning on these genes," Moon said.

The researchers also noted, "We show that Wnt/Beta-catenin signaling is activated in the regenerating zebrafish tail and is required for the formation and subsequent proliferation of the progenitor cells of the blastema." A blastema is a little nub of cells that directs regeneration, much like the conductor of an orchestra. By directing cell communication, these few cells grow into an organ or body part, in this case, a tail fin.

"It is most likely the inability of humans to form a blastema in the first place that renders us unable to re-grow arms and legs," said Cristi Stoick-Cooper, a graduate student in the multidisciplinary Neurobiology and Behavior program at the UW, who, with Gilbert Weidinger, now of the Technical University of Dresden (TUD), Germany, was first co-author of the study. The research was done in Moon's lab.

"Our study is the first to identify a gene (Wnt5b) that inhibits regeneration," said Weidinger, a former UW postdoctoral fellow who leads the Wnt Signaling in Development and Regeneration research group at the TUD's Biotechnology Center. "This is very exciting, because this gene might also inhibit regeneration in mammals and man. So, if we find ways of interfering with the function of Wnt5b, we might be able to promote regeneration."

Moon added that, because the same genes for turning on and turning off growth and development are found in humans, and drugs exist that can regulate this pathway, the findings are directly relevant to future testing of whether scientists can increase the capacity of humans to re-build damaged organs.