This is a printer version of an UnderwaterTimes.com article.
To view the article online, visit: http://www.underwatertimes.com/news.php?article_id=82397010561 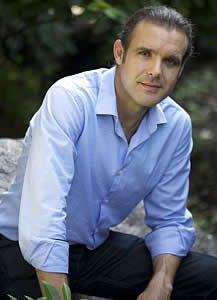 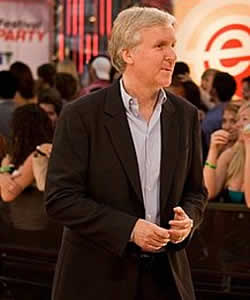 Explorers-in-Residence are some of the world's preeminent explorers and scientists and represent a broad range of science and exploration; they develop programs in their respective areas of study, carrying out field work supported by the Society. The group includes a geographer, three paleontologists, an archaeologist, a geneticist, conservationists and leaders in several other disciplines.

As a National Geographic Explorer-in-Residence, Cameron will apply his distinctive storytelling skills and innovative filmmaking technologies to National Geographic Society projects and programs. Sala, formerly a National Geographic Fellow, will continue his leadership of Pristine Seas, an exploration, research and conservation project that aims to find, survey and help protect the last healthy and undisturbed places in the ocean.

Cameron has written and directed scores of films, among them "The Terminator," "Aliens," "The Abyss," "Titanic" and "Avatar." His films have blazed new trails in visual effects and have set numerous performance records, both domestically and abroad, including a record-setting 11 Oscars for "Titanic." "Avatar," a 3-D science fiction epic, reflected more than two years in development of new production technologies; it won Golden Globe Awards for best director and best picture and three Academy Awards.

Work on "Avatar" inspired a new mission for Cameron â illuminating the plight of indigenous peoples, especially those involved in struggles over energy issues, some of whom came forward after seeing the film. Since the film's release, Cameron has spent some 18 months in energy battlegrounds â in the Alberta, Canada, tar sands and the Amazon â meeting with indigenous peoples whose environment and way of life are threatened. Cameron also organized a task force of deep-ocean experts to address offshore oil production and ocean engineering issues raised by the 2010 Gulf oil spill. He continues to work in the arena of alternative energy.

Two of Cameron's passions â filmmaking and scuba diving â blend in his work on movies such as "The Abyss" and "Titanic," which took him on 12 manned-submersible dives to the famed shipwreck in the North Atlantic. The technical success of those expeditions led Cameron to form Earthship Productions, which develops films about ocean exploration and conservation. Since then he has investigated and written a marine forensic paper on the sinking of the German battleship Bismarck, organized expeditions to deep hydrothermal vent sites along the mid-Atlantic Ridge, the East Pacific Rise and the Guaymas Basin in the Sea of Cortez, and led seven deep-ocean expeditions with 72 deep submersible dives.

Cameron is currently leading a team that is building a unique manned sub capable of diving to the ocean's greatest depths. Next year he plans to pilot the sub to the ocean's deepest point in the Pacific's Mariana Trench, part of a series of dives to the world's deepest places â the Mariana, Kermadec and Tonga trenches.

Also fascinated by outer space, Cameron has worked with scientists and engineers developing "architectures" for human exploration of Mars. He is a co-investigator on the Mars Science Laboratory Mastcam, the "eyes" of the Curiosity rover, which is to explore the Martian surface next year.

Witnessing the harm people do to the ocean led Enric Sala to dedicate his career to working to restore marine life. Sala is a rare scientist who combines research with effective communication to inspire leaders to protect the ocean. One of his goals is to help protect the last pristine marine ecosystems worldwide, using scientific expeditions, media, partnerships with local conservation organizations and high-level discussions with country leaders.

Sala fell in love with the sea while growing up on the Mediterranean coast of Spain. After obtaining a Ph.D. in ecology in 1996 from the University of Aix-Marseille, France, he worked in California for 10 years as a professor at the prestigious Scripps Institution of Oceanography. In 2006 he moved back to Spain to take the first position on marine conservation ecology at Spain's National Council for Scientific Research, and in 2008 he became a Fellow at the National Geographic Society, where he leads the Pristine Seas project.

Sala is a 2005 Aldo Leopold Leadership Fellow, a 2006 Pew Fellow in Marine Conservation, a 2007 National Geographic Emerging Explorer and a 2008 Young Global Leader at the World Economic Forum in Davos, Switzerland.