This is a printer version of an UnderwaterTimes.com article.
To view the article online, visit: http://www.underwatertimes.com/news.php?article_id=81003524697 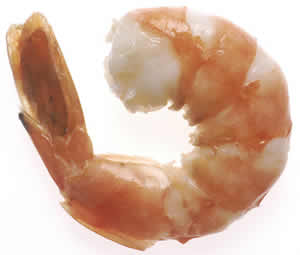 CHARLESTON, South Carolina -- A Texas A&M research report released today, which examined research from a variety of studies on seafood across the globe, verifies that the taste of wild-caught shrimp is not only discernable from and better tasting than farmed shrimp, but also that no method exists for farmed shrimp to effectively mimic the taste of wild-caught shrimp.

The characteristic flavor of wild-caught shrimp is caused by bromophenols, a group of chemicals found in saltwater seafood, with bottom dwellers and bottom feeders - like shrimp - having higher concentrations of the natural flavor-enhancer. The source of bromophenol compounds in shrimp's muscle tissue is from their natural diet.

"And the Texas A&M research report also showed not only do wild-caught, American shrimp differ in taste by type, but also as individuals," said Eddie Gordon, executive director of Wild American Shrimp, Inc. "Shrimp that have just eaten will have higher concentration of bromophenol, since the chemicals are derived from a shrimp's natural diet. Consumers are not only enjoying the most flavorful type of shrimp they can get, but are also sampling an array of tastes by choosing to eat the wild-caught variety."

The difference in taste between wild-caught and pond-raised shrimp is detectable by the average person - not just shrimp connoisseurs. Researchers at Texas A&M found a significant number of taste panelists could differentiate between the two in all four of their taste tests. Consumer taste tests confirmed that shrimp raised on commercial shrimp feeds tasted bland.

With the chemicals responsible for wild shrimp's flavor identified and recognized globally, commercial shrimp feeds have explored using bromophenol in their farms. However, bromophenol compounds added to commercial feeds have repeatedly failed to produce detectable differences in taste. Also, several attempts to add the chemicals have caused significant cost overruns for feed.

"No substitute exists for wild-caught American shrimp," says Gordon. "To ensure you're enjoying the most flavorful shrimp from U.S. waters, be sure to ask for Certified Wild American Shrimp."