This is a printer version of an UnderwaterTimes.com article.
To view the article online, visit: http://www.underwatertimes.com/news.php?article_id=74823611090 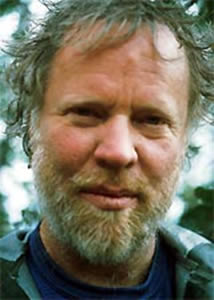 WASHINGTON, D.C. -- A well-respected University of Alaska marine scientist will have his federal funding cut after a top National Oceanic & Atmospheric Administration official complained about his "advocacy" on behalf of marine conservation, according to documents released today by Public Employees for Environmental Responsibility (PEER). NOAA's pressure has led university officials to seek elimination of any further NOAA Sea Grant funding for the scientist's work.

Professor Rick Steiner, a noted marine scientist and environmentalist with the University of Alaska Marine Advisory Program, incurred the wrath of NOAA officials by protesting a pro-industry slant in Sea Grant programs to promote oil drilling in Alaska's Bristol Bay. Shortly after Steiner's March 18, 2008 letter and press conference, his dean was approached by National Sea Grant Deputy Director Jim Murray, who according to an e-mail from Dean Denis Wiesenburg recounting the conversation, indicated that NOAA had "an issue with Rick Steiner" because "he was acting as an advocate and asked if he was being paid with Sea Grant funds", adding that "one agent can cause problems nationally".

As the basis for urging that Prof. Steiner "not be paid with Sea Grant funds" NOAA's Murray cited manual guidance that Sea Grant extension agents should strive to be "neutral brokers of information". Ironically, Prof. Steiner, a tenured professor, had been publicly protesting that the Sea Grant program was violating its own principle of neutrality by stacking a program to favor offshore oil development and improperly minimizing potential resource damage to Bristol Bay fisheries and marine life.

As a result of the NOAA threat, Dean Wiesenburg recommended in December that Professor Steiner's Sea Grant funding be terminated because Steiner "has chosen to be a maverick and work independently," noting that "Mr. Steiner has devoted some of his energy during the review period to publicly attacking the Alaska Sea Grant program," and that "Steiner regularly takes strong public positions on issues of public debate." Significantly, the dean did not mention the quality or quantity of Prof. Steiner's award-winning marine conservation extension efforts.

"The present crisis in our nation's marine and coastal ecosystems requires a clear and urgent national response," said Prof. Steiner. "But instead of responding to the ocean crisis, this new de facto gag order from NOAA Sea Grant will have a chilling effect on scientists who want to advocate for greater ocean protection and restoration."