This is a printer version of an UnderwaterTimes.com article.
To view the article online, visit: http://www.underwatertimes.com/news.php?article_id=71035941820 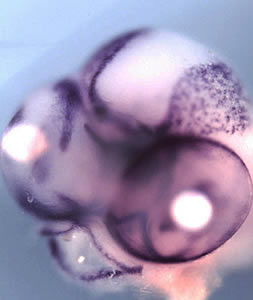 Biologist J. Todd Streelman and his research team were able to alter the brain of an embryonic fish, known as a cichlid, to resememble that of another 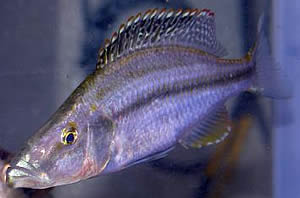 ATLANTA, Georgia -- Scientists at the Georgia Institute of Technology have found that by applying chemicals to manipulate genes in a developing embryo, they've been able to change the brain of one type of cichlid fish to resemble that of another. The researchers also discovered differences in the general patterning of the brain very early in development before functional neurons form in a process known as neurogenesis. This finding is at odds with a well-held theory known as "late equals large." The research appears in the Proceedings of the National Academy of Sciences Online Early Edition beginning May 3, 2010.

In the mid 1990s, the hypothesis called "late equals large" was put forth to explain the way brains evolve across species. The brain begins as a blank slate. In early development, the anterior, or front, part of the brain is specified from the posterior, or back, part. After that, neurogenesis occurs as precursor cells mature to become neurons. These precursors can replicate endlessly, but once they become functional neurons, replication ends. The later the switch from precursors to mature neurons, the larger the brain, or brain region, becomes. The "late equals large" model holds that the brains of different species, for example humans vs. mice, are similar early in development and differ because of the later process of neurogenesis.

"We found differences in the general patterning of the brain as early as 48 hours after fertilization, before neurogenesis begins," said J. Todd Streelman, associate professor in Georgia Tech's School of Biology.

Streelman, Ph.D. student Jonathan Sylvester, and their colleagues studied brain development in six species of cichlid from Lake Malawi stock, three species from the rock-dwelling lineage and three species of their sand-dwelling cousins.

"We repeated our tests from two to four days after fertilization and found that sandâdwelling cichlids exhibited a larger expression domain of the gene wnt1, known to be an important factor in the development of the posterior brain. This correlates with a larger thalamus, a posterior forebrain structure used in the processing of vision," said Sylvester.

The sand-dwelling cichlids use their vision to detect plankton prey, so their brains are heavily devoted to integrating visual signals. However, the rock-dwelling species feed by scraping algae from rocks and possess larger cerebra, or telencephala, perhaps to aid in navigating their complex 3D environments.

"The genomes of these species are very similar," said Streelman, "almost as similar as those of any two humans, and yet their brains vary as much as some mammal groups, one from each other."

Most of the data supporting the "late equals large" hypothesis hasn't been drawn from species that are as closely related as these cichlids, added Streelman.

"Among primates, for example, most of the links between species have been severed long ago. So, it is difficult to study developmental patterning because subtle differences are often confounded by large differences in brain size," said Streelman.

In another part of the study, the team wanted to see if they could use chemicals to change the patterns of gene expression and hence the brain development of the embryos. Could they, in fact, alter the brain of a rock-dwelling embryo to that of a sand-dwelling embryo? Turns out they could.

Sylvester treated the embryos with lithium chloride for three to five hours during an early stage of anterior-posterior patterning. After treatment, he returned the embryos to fish water and then took samples for study at different developmental stages. He found that each time he checked, treatment with lithium chloride up-regulated Wnt signaling, which led to a reallocation of brain precursors to the posterior thalamus.

"Neurogenesis is still a very important process in brain development and evolution," said Streelman. "We've just shown that there are differences in the developmental process much earlier than previously suspected and that these changes are also relevant for brain diversity."

"We're interested in what these early differences have to say about early behavior," said Streelman. "Because if we think in terms of the 'late equals large' model, it means that early in development, brains don't differ that much. But now that we know species possess divergent brains early on, we can begin to assess how early behaviors may differ as well."