This is a printer version of an UnderwaterTimes.com article.
To view the article online, visit: http://www.underwatertimes.com/news.php?article_id=54103867910 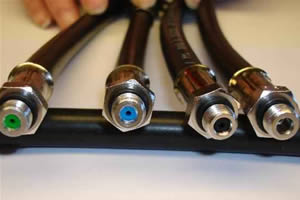 The hose contains an insert that can dislodge during diving and restrict air flow to the diver, posing a drowning hazard. 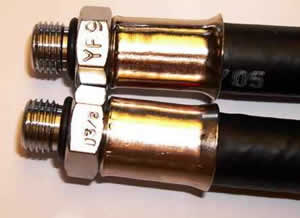 WASHINGTON, D.C. -- A Swedish company is recalling diving suit hoses after the death of a diver in Los Angeles.

About 65,000 diving air hoses for dry suits were recalled by manufacturer SI Tech AB of Sweden because the hose contains an insert that can dislodge during diving and restrict air flow to the diver, posing a drowning hazard, according to an announcement from the Consumer Product Safety Commission.

The company received six reports of hose inserts dislodging, including the one involved in the diver's death.

The agency said the recall involves a dry suit inflation hose that connects a diver's dry suit to the air supply. This allows for the pumping of air into the suit to set up a positive pressure arrangement to help keep it watertight, the agency added.

The hose contains an air flow restricting insert that may be either black, blue or green. They were sold with dry suits and were sold separately at diving equipment retailers and distributors nationwide from July 2006 through February 2009.

For more information, consumers can visit the agency's Web site at http://www.cpsc.gov.