This is a printer version of an UnderwaterTimes.com article.
To view the article online, visit: http://www.underwatertimes.com/news.php?article_id=45172068391 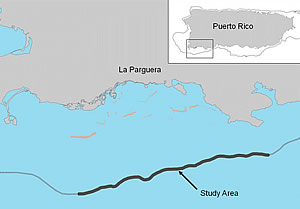 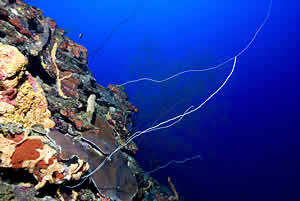 SILVER SPRING, Maryland -- NOAA-funded scientists have found extensive and biologically diverse coral ecosystems occurring at depths between 100-500 feet within a 12 mile span off the southwestern coast of Puerto Rico. With the overall health of shallow coral reefs and the abundance of reef fish in Puerto Rico in decline, this finding brings hope that deeper fish stocks may help to replenish stocks on shallower reefs.

These mesophotic ecosystems â 'meso' for middle and 'photic' for light â are the deepest of the light-dependent coral reefs. Too deep for exploration with traditional scuba gear, these reefs have until recently remained largely unexplored because of the cost and technical difficulty of reaching them. Advances in diving techniques allowed scientists to safely dive and conduct this pioneering survey.

"We had no idea how extensive, vibrant, and diverse these mesophotic coral ecosystems are off La Parguera," said Richard Appeldoorn, lead principal investigator at the University of Puerto Rico, Mayaguez.

"At mesophotic depths in Puerto Rico, scientists are seeing fish species that were once common inhabitants of shallow reefs such as groupers, snappers, and reef sharks," said Kimberly Puglise with NOAA's Center for Sponsored Coastal Ocean Research, which funded the study. "These reefs stand in stark contrast to declining shallow water reefs in the same area."

Because of the potential of mesophotic reefs to restore depleted fish stocks, local managers are looking carefully at adding protections for these coral ecosystems.

"We recognize the need to extend protections to mesophotic coral ecosystems in Puerto Rico, and the information being provided by this research is key to making that happen," said Ernesto Diaz, director of Puerto Rico's Coastal Zone Management Program.

This study, conducted by a team of scientists and students from the University of Puerto Rico and the Caribbean Coral Reef Institute, in collaboration with the University of North Carolina Wilmington, is a companion to a similar mesophotic coral ecosystem research program in Hawaii where these mostly uncharted ecosystems exist in the Pacific.