This is a printer version of an UnderwaterTimes.com article.
To view the article online, visit: http://www.underwatertimes.com/news.php?article_id=41085739026

Rare Gold Toothpick And Earwax Scoop Recovered From Florida Shipwreck; 'What A Way To Start The New Season!'
Underwatertimes.com News Service
May 20, 2008 16:48 EST 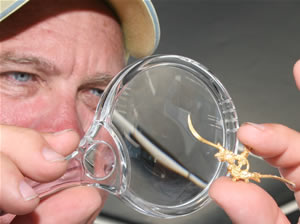 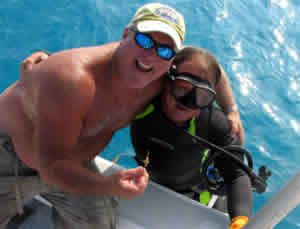 The ornate artifact, which resembles a scimitar and measures about 3 inches long, was discovered at a depth of 22 feet by crew diver Chris Rackley. Both functional and ornamental, it would have been worn on a golden chain by a high ranking person.

“What a way to start the new season!” exclaimed Keith Webb, President and CEO of Blue Water Ventures Key West (BWVKW). “The Captain and crew worked hard through the winter to prepare the vessels for this season and the area we are now searching is the most northern that gold has been found. Excitement is particularly intense because we ended last season on such a high note, with the discovery of gold bars and chains, some exceedingly rare silver coins, and a lead box containing 16,184 pearls valuing approximately $12 million.”

Over the last three years, BWVKW, a joint venture partner of Mel Fisher’s Treasures, has been searching – and finding - in an area near the Marqueses Keys in the Florida Straits, where the 480 ton, 1622 Fleet Spanish galleon Santa Margarita is known to have been destroyed in a fierce storm, taking down with her 143 passengers and crew and a fortune in treasures.

Project partner and marine archaeologist Dr. R. Duncan Mathewson III was on the dock Sunday to greet the returning crew and to examine the rare artifact. “Similar artifacts have been found on shipwrecks, but none as elaborate or well persevered as this, and to my immediate knowledge, none from a shipwreck as early as the Santa Margarita,” commented Mathewson. “This artifact is exquisitely crafted, clearly a dragon motif, with stylistic ornamentation that suggests Chinese workmanship. It also has a very clear human image. Its uniqueness is based upon the fact that as far as anyone knows, no major museum around the world has anything that can be compared to this exquisite baroque period artifact.”

Since the 1980’s, various searchers have sought the remains of the legendary Santa Margarita, but none with as much success as the current operation, founded by Webb. Webb coordinated a joint venture partnership to undertake the project, secured the most up-to-date technology, and recruited some of the foremost experts in the field, including Mathewson, noted historian Dr. Eugene Lyon, and historic shipwreck search and recovery specialist Dan Porter.

Because the Santa Margarita was battered and broken apart in the storm, its cargo was distributed over an extensive area and now lies scattered and hidden. It is known from archival records that over 800 ounces of registered gold, 145 silver bars weighing between 80 and 100 pounds each, and more than 80,000 silver coins from the Santa Margarita still await discovery. But artifacts such as this and last season’s pearls, having been personal possessions and not listed on the official ships manifest, are the Santa Margarita’s secret treasures.