This is a printer version of an UnderwaterTimes.com article.
To view the article online, visit: http://www.underwatertimes.com/news.php?article_id=37962408110 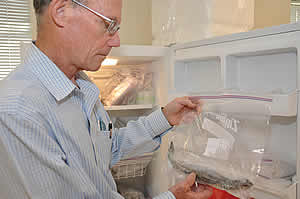 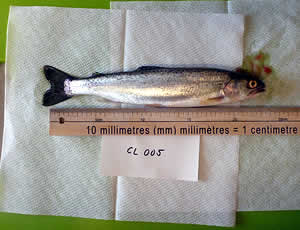 Two scientists, including one at SFU, have discovered evidence of a potentially deadline virus in Cultus Lake cutthroat trout.

BURNABY, Canada -- A Simon Fraser University fish-population statistician, working in collaboration with non-government organization scientists, has uncovered evidence of a potentially deadly virus in a freshwater sport fish in B.C.

Tests conducted by, Fred Kibenge, a virology professor at the Atlantic Veterinary College in Prince Edward Island, found evidence of the virus in 13 of 15 sampled fish. Follow-up analyses further confirmed the virus's presence in these fish and identified their genetic sequencing as 99 per cent identical to Norwegian strains.

The virus has been scientifically linked to heart and skeletal muscle inflammation (HSMI), a disease that has reportedly become widespread in Norwegian salmon farms and can kill up to 20 per cent of infected fish.

Routledge believes this first ever discovery of PRV in a B.C. freshwater sport fish indicates the virus could be prevalent in B.C.

Many Canadian scientists and interest groups are concerned that B.C. salmon farms pose a serious risk to wild Pacific salmon. Scientists in other countries have specifically raised concerns about the spread of PRV from farms to wild salmon.

"If PRV has been found in a Cultus Lake sport fish it could be contributing to the failure of the lake's sockeye population to return in abundance," says Routledge.

He notes the federal government-mandated Committee on the Status of Endangered Wildlife in Canada has listed the species as endangered.

"The discovery of PRV in Cultus Lake's cutthroat trout also begs the question is it in other related species in the lake, such as rainbow trout, kokanee and Dolly Varden. This latest discovery could also mean that salmon and trout in any lake exposed to spawning salmon returning from the North Pacific must be considered at risk of infection."

Scientists testifying at the Cohen Commission Inquiry â a federally commissioned investigation of the Fraser River's declining sockeye population â have brought forth highly contested evidence of ISAv in other wild salmon populations, including Cultus Lake sockeye. The inquiry is scheduled to release its findings this fall.

"We discovered during the Cohen inquiry that pathogens are a major concern for B.C.'s salmon," says Craig Orr, executive director of Watershed Watch and an SFU graduate. "Our findings suggest we need to broaden our thinking and concerns for freshwater fish as well."

"There are many examples of devastating impacts of introduced pathogens in human, mammal and marine populations," adds Routledge.

"When small pox was introduced to North America it decimated the aboriginal population, which had not had any previous opportunity to build up a natural immunity to the disease. The potential for this to happen to B.C.'s highly valued Pacific salmon and trout populations must be taken seriously."