This is a printer version of an UnderwaterTimes.com article.
To view the article online, visit: http://www.underwatertimes.com/news.php?article_id=20105967143 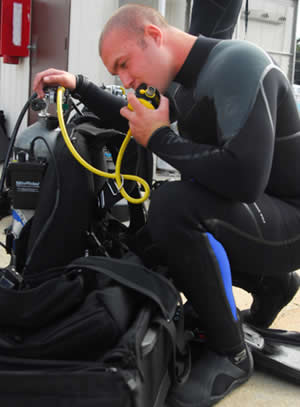 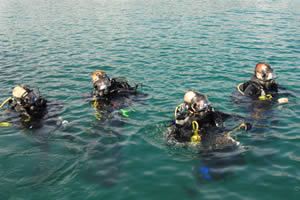 The Coast Guard initiated an immediate administrative and safety investigation into the circumstances which contributed and ultimately led up to the regrettable deaths.

In a statement included in the investigation report, Adm. Thad Allen, Commandant of the U.S. Coast Guard, said, "We cannot prevent every Coast Guard casualty. Despite the professionalism, bravery and dedication of our workforce, in rare cases we suffer serious injury or death in the line of duty. As Coast Guard men and women we accept this risk, but we will not accept preventable loss or injury.

The investigation into this accident revealed failures in oversight at every level aboard Healy, as well as numerous departures from standard Coast Guard policy. This mishap further highlighted the need to improve diving expertise at units with dive capabilities and missions, address shortfalls in training and experience, and elevate program managements and oversight on par with other high-risk, training-intensive Coast Guard operations such as aviation."

Another goal of the Coast Guard's study was to initiate several new policies and procedures to prevent future diving mishaps while finding a cost-effective method for increasing the safe execution and reducing the risks of such a dangerous operation.

Consequently, the Coast Guard established regional dive lockers on the East and West coasts of the USA, staffed with highly-trained, professional divers capable of responding to apportioned or emergent operations.

"After tragically losing two of our shipmates and fellow divers, it was important to set up the regional dive lockers to provide the management, oversight and inspection process needed to meet all Coast Guard diving missions in the safest manner possible," said Lt.j.g. Andrew Younkle, deployable operations group(DOG) diving force manager in Arlington, Va.

Not only will the regional dive lockers help the Coast Guard execute vital diving missions more safely, but the missions are also expected to assist in the war on terrorism.

"The dive lockers are going to make America safer by deterring terrorists and smugglers who look at sub-surface operations as a means to hurt our country," emphasized Younkle.

Younkle also said the dive lockers and teams will be supporting the Coast Guard's Polar Class Icebreaker missions, District 14 buoy tender missions, maritime security missions and provide needed services to the captains of the ports in all major U.S. cities.

"During ice breaking missions, divers can provide pitch calibrations and emergency services to assist in keeping the polar class icebreakers at peak performance. When the cutter is performing well, it opens key shipping lanes thus improving our economy. Also, when requested by Coast Guard Buoy Tenders, the dive lockers can augment the collateral-duty divers currently serving aboard the buoy tenders. The Dive Locker personnel can help with in-water inspections and maintenance of aids to navigation in District 14," he said referring to the Coast Guard's operational area in Hawaii and surrounding Pacific Islands.

The dive lockers, which became fully operational Oct. 1, 2008, are staffed with a dive officer supervisor who is responsible for three primary-duty, six-person dive teams that focus solely on dive operations.

Hare said the old diving units had the collateral-duty divers doing so many things at different times that when it was time to execute a dive the divers were too tired from other missions and not focused on the dive.

"Another safety concern was that the collateral duty divers weren't staying current on their qualifications, and even if they did, they weren't really used to diving. Now, with the lockers, we have enough personnel to man the dive site optimally instead of minimally," said Hare, who has been diving for three years.

Aside from the safety aspect the dive lockers bring to the Coast Guard, dive teams will be able to focus on the mission and complete a dive in a timelier manner.

"Having more personnel on site is going to enable us to knock out a mission much quicker than before. These are guys who dive all the time - the focus on diving every day - and that's all they do for the Coast Guard, so you know they do it professionally, efficiently and safely," Hare said.

The dive teams are comprised of Coast Guard members from all rates whose minimum qualification is the 88-day Second Class Diver Course at the Naval Diving Salvage Training Center (NDSTC).

"We have about every rate you can imagine, and they are coming from every single unit via maritime safety and security units, polar divers and buoy tender divers. It gives us such a wide range of experience, and it's good diversity for our unit," said Hare, referring to the dive team in San Diego.

"The training tasks and re-qualification dives were determined by the Coast Guard to be the minimum necessary items to maintain proficiency and certification in the Coast Guard diving community. We dive to serve America, and we train and PT to serve as safely and effectively as possible," he said.

The Coast Guard is creating a process for selecting potential candidates for the regional dive lockers. Until that process is established, a Coast Guard member can compete for diver selection by sending his or her dive package to NDSTC after obtaining command approval.

"The dive billets are typically three years," said Younkle. "However, many of our divers seek follow-on assignments to buoy tenders, NDSTC or the DOG to continue diving for the Coast Guard."

According to the final action memo from the Coast Guard cutter Healy's mishap investigation, Allen identified areas of the dive program management that needed improvement and reevaluation.

The establishment of the regional dive lockers improves the Coast Guard dive program and enables the mission to be accomplished.