This is a printer version of an UnderwaterTimes.com article.
To view the article online, visit: http://www.underwatertimes.com/news.php?article_id=19106430758 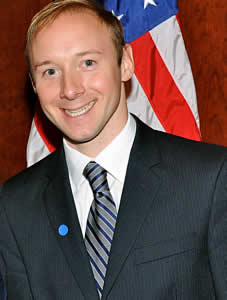 SYDNEY, Australia -- The film Jaws has heavily influenced Western Australia's stance on sharks, a review of over a decade of state government policy has found.

Dr Christopher Neff of the University of Sydney has examined the narratives and shark hunt policies implemented by different WA Governments between 2000 and 2014 and found striking similarities to the 1975 Spielberg classic.

"In particular, the Western Australian Government's current 'Imminent Threat' policy to catch and kill 'rogue' sharks is predicated on Hollywood fiction," says Dr Neff, a lecturer in public policy at the University's Department of Government and International Relations.

In October this year, the West Australian government withdrew an application to the federal government to extend its drumline policy, albeit securing permission to kill sharks deemed by the government to pose 'imminent threat' to beachgoers.

"This policy is using myths as the basis for killing sharks that are protected by law and which provides no real beach safety," he says.

"This fiction serves an important political purpose because films allow politicians to rely on familiar narratives following shark bites to blame individual sharks in order to make the events governable and to trump evidence-based science."

"The message from this research is that politicians do not have a right to their own set of scientific facts about sharks, no matter how popular the movie."

Dr Neff's research, which has been published online in the Australian Journal of Political Science, spells out the 'Jaws Effect' as a political device based on three themes from the film: the intentionality of sharks, the perception that all human-shark interactions are fatal and the idea that killing 'the shark' is the only solution.

"Unpacking the politics of shark bites, or any public policy issue, involves addressing the way words and images are used to paint a picture for the public and inform policy choices. This research therefore offers broader implications for policy analysis," says Dr Neff.

"[It] identifies a worrying style of policymaking where widely known fiction can be used to navigate the attribution of blame and to prescribe policy responses," he says.

The full article entitled "The Jaws Effect: How movie narratives are used to influence policy responses to shark bites in Western Australia" has been published online in the Australian Journal of Political Science and is available here: http://www.tandfonline.com/eprint/D4a3JJxakZiJiFriiz2T/full