This is a printer version of an UnderwaterTimes.com article.
To view the article online, visit: http://www.underwatertimes.com/news.php?article_id=18365409271 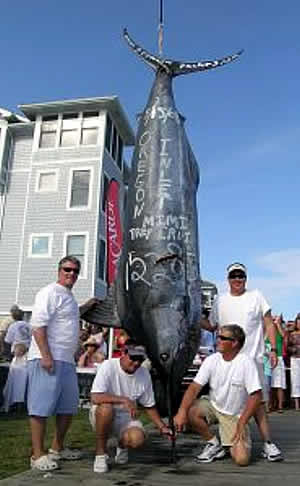 Trey Irvine of Weston, Fla., landed the gigantic fish, which measured 179.5 inches total length (tip of the nose to tip of the tail) with a girth of 82 inches.

The fish thrashes the former state blue marlin record of 1,142 pounds caught off Oregon Inlet in 1974 by Jack Herrington. The world record blue marlin stands at 1,402 pounds, 2 ounces and was caught off Brazil in 1992.