This is a printer version of an UnderwaterTimes.com article.
To view the article online, visit: http://www.underwatertimes.com/news.php?article_id=12765894310 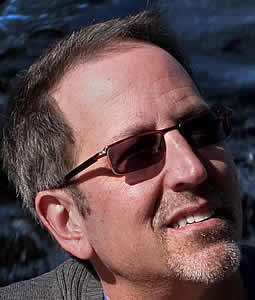 IRVINE, California -- Freshwater is flowing into Earth's oceans in greater amounts every year, a team of researchers has found, thanks to more frequent and extreme storms linked to global warming. All told, 18 percent more water fed into the world's oceans from rivers and melting polar ice sheets in 2006 than in 1994, with an average annual rise of 1.5 percent.

"That might not sound like much â 1.5 percent a year â but after a few decades, it's huge," said Jay Famiglietti, UC Irvine Earth system science professor and principal investigator on the study, which will be published this week in Proceedings of the National Academy of Sciences. He noted that while freshwater is essential to humans and ecosystems, the rain is falling in all the wrong places, for all the wrong reasons.

"In general, more water is good," Famiglietti said. "But here's the problem: Not everybody is getting more rainfall, and those who are may not need it. What we're seeing is exactly what the Intergovernmental Panel on Climate Change predicted â that precipitation is increasing in the tropics and the Arctic Circle with heavier, more punishing storms. Meanwhile, hundreds of millions of people live in semiarid regions, and those are drying up."

In essence, he said, the evaporation and precipitation cycle taught in grade school is accelerating dangerously because of greenhouse gas-fueled higher temperatures, triggering monsoons and hurricanes. Hotter weather above the oceans causes freshwater to evaporate faster, which leads to thicker clouds unleashing more powerful storms over land. The rainfall then travels via rivers to the sea in ever-larger amounts, and the cycle begins again.

The pioneering study, which is ongoing, employs NASA and other world-scale satellite observations rather than computer models to track total water volume each month flowing from the continents into the oceans.

"Many scientists and models have suggested that if the water cycle is intensifying because of climate change, then we should be seeing increasing river flow. Unfortunately, there is no global discharge measurement network, so we have not been able to tell," wrote Famiglietti and lead author Tajdarul Syed of the Indian School of Mines, formerly of UCI.

"This paper uses satellite records of sea level rise, precipitation and evaporation to put together a unique 13-year record â the longest and first of its kind. The trends were all the same: increased evaporation from the ocean that led to increased precipitation on land and more flow back into the ocean."

The researchers cautioned that although they had analyzed more than a decade of data, it was still a relatively short time frame. Natural ups and downs that appear in climate data make detecting long-term trends challenging. Further study is needed, they said, and is under way.