This is a printer version of an UnderwaterTimes.com article.
To view the article online, visit: http://www.underwatertimes.com/news.php?article_id=10639824571 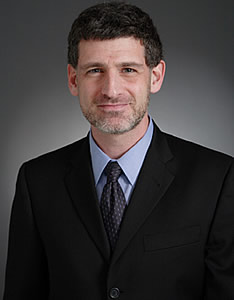 Dr John Alroy predicts major changes to the rules of evolution as we understand them now.

SYDNEY, Australia -- New research by Macquarie University palaeobiologist, Dr John Alroy, predicts major changes to the rules of evolution as we understand them now. Those changes will have serious consequences for future biodiversity because no one can predict which groups will come to dominate after the current mass extinction.

Alroy said today's extinction is due to a range of human behaviors and activities coupled with the effects of climate change. His findings were published this week in the international journal Science.

Alroy, who works in the Department of Biological Sciences at the University, undertook his study while at University of California, Santa Barbara using the massive Paleobiology Database, which compiles data from nearly 100,000 fossil collections worldwide. He tracked the fate of major groups of marine animals throughout the fossil record and during the Earth's most massive extinction event, which occurred 250 million years ago.

He concludes that the rules governing diversity of these major groups we have assumed to be invariant have actually changed through geological time. Thus, a group's average rate of diversification or branching into new species in the past is not a good predictor of how well it will fare after a mass extinction event.

Alroy's findings indicate that as a result of a range of factors, the major extinction event currently underway will be much more severe than has been seen in most other major periods of mass extinction. Alroy notes there have been only three mass extinctions on the level of the current one in the last half billion years.

Organisms that might have adapted in the past may not be able to this time, he said.

"You may end up with a dramatically altered sea floor because of changes in the dominance of major groups. That is, the extinction occurring now will overturn the balance of the marine groups."

When there is a major mass extinction, it's not just a temporary drop in richness of species, he said.

Alroy likens what is happening now to rolling the dice with evolution.

"What's worrisome is that some groups permanently become dominant that otherwise wouldn't have. So by causing this extinction, we are taking a big gamble on what kind of species will be around in the future. We don't know how it will turn out. People don't realise that there will be very unpredictable consequences."