This is a printer version of an UnderwaterTimes.com article.
To view the article online, visit: http://www.underwatertimes.com/news.php?article_id=10571982463 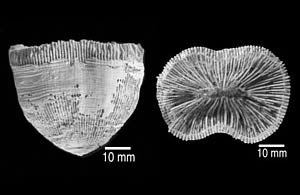 CORAL GABLES, Forida -- Climate change is already widely recognized to be negatively affecting coral reef ecosystems around the world, yet the long-term effects are difficult to predict. University of Miami (UM) scientists are using the geologic record of Caribbean corals to understand how reef ecosystems might respond to climate change expected for this century. The findings are published in the current issue of the journal Geology.

The Pliocene epoch--more than 2.5 million years ago--can provide some insight into what coral reefs in the future may look like. Estimates of carbon dioxide and global mean temperatures of the period are similar to environmental conditions expected in the next 100 years, explains James Klaus, assistant professor in the Department of Geological Sciences, College of Arts and Sciences, at UM and lead investigator of this project.

"If the coming century truly is a return to the Pliocene conditions, corals will likely survive, while well-developed reefs may not," says Klaus, who has a secondary appointment in the Rosenstiel School of Marine and Atmospheric Science (RSMAS), at UM. "This could be detrimental to the fish and marine species that rely on the reef structure for their habitat."

The study looks at the fossil records of coral communities from nine countries around the Caribbean region to better understand the nature of these ecosystems during the Pliocene. Today, fossil reefs are often found far from the sea, exposed in road cuts, quarry excavations, or river canyons due to uplift and higher ancient sea levels.

The scientists argue that the effects of ongoing climate change are reminiscent of conditions present during the Pliocene and opposite to the environmental factors that caused the extinction and gave rise to modern Caribbean corals. So, how might the Caribbean coral fauna respond to a predicted return to Plioceneâlike conditions within this century? The free-living corals of the Pliocene would have been well suited to ocean conditions projected for this century. However, the modern reef-building coral fauna may not, explains Donald McNeill, senior scientist in the Division of Marine Geology and Geophysics at UM and co-author of the study.

"Like the Pliocene, we might expect shallow reefs to be increasingly patchy with lower topographic relief," says McNeill. "Rising levels of carbon dioxide will lower the pH in the oceans, a process known as ocean acidification, and will make it difficult for corals to build their limestone skeletons."

Climate change may also increase nutrients in the oceans, boosting populations of marine life that degrade the coral into fine white sand, a process called bioerosion. Reefs built by corals in areas with high bioerosion will be affected the most. Mesophotic reefs, those growing in depths between 30 and 150 meters, have reduced rates of both calcification and bioerosion and thus may be affected less.