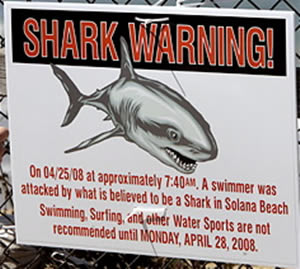 A shark warning sign posted on Solana Beach after the fatal attack on Dave Martin. 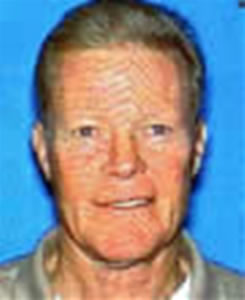 Dave Martin was killed by a great white shark off Solana Beach, California on April 25th, 2008 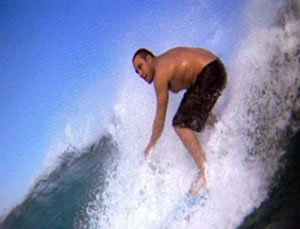 Surfer Adrian Ruiz was killed by a shark on April 28th, 2008, off Troncones beach in Mexico 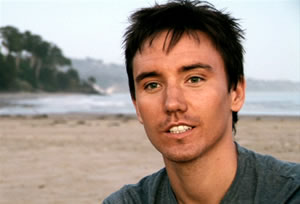 The May episode discusses a number of shark attacks recently in the news:

Kevin explores these tragedies and comments on the untimely release of Rob Stewart's eco-adventure film Sharkwater, where the public is told that sharks don't eat people, and they don't want to hurt us.