First As Aussie Scientists Map The Staghorn Coral Genome; 'Project Has Both Practical And Scientific Significance' 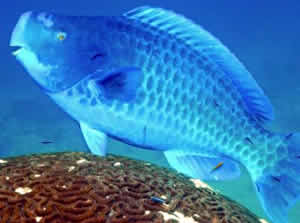 EXETER, U.K. -- Coral reefs could be damaged beyond repair, unless we change the way we manage the marine environment. New research by the Universities of Exeter and California Davis, published today (1 November 2007) in Nature, shows how damaged Caribbean reefs will continue to decline over the next 50 years.

Coral reefs conjure up images of rich, colourful ecosystems yet an increasing number of reefs are becoming unhealthy and overrun by seaweed. The research team wanted to test whether reefs that are overgrown with algae could return to good health if the original causes of the problem, such as fishing or pollution, were addressed. This could mean, for example, reducing fishing or introducing better sewage management. The study revealed that the answer is ‘no’ because coral reefs can become permanently unhealthy.

In the 1980s, reefs in the Caribbean were hit by the devastating impact of the near-extinction of the herbivorous urchin, Diadema antillarum, with devastating results. Along with parrotfish, this grazing urchin kept seaweed levels down, creating space for coral to grow. Parrotfish are now the sole grazers of seaweed on many Caribbean reefs, but fishing has limited their numbers. With insufficient parrotfish grazing, corals are unable to recover after major disturbances like hurricanes and become much less healthy as a result. The team discovered this result by creating and testing a computer model that simulates the effects of many factors on the health of Caribbean reefs.

Professor Peter Mumby of the University of Exeter, lead author on the paper said: “The future of some Caribbean reefs is in the balance and if we carry on the way we are then reefs will change forever. This will be devastating for the Caribbean’s rich marine environment, which is home to a huge range of species as well as being central to the livelihood of millions of people.”

The paper argues that in order to secure a future for coral reefs, particularly in light of the predicted impact of climate change, parrotfish need to be protected. Parrotfish are frequently caught in fish traps that are widely used in the Caribbean, with many ending up on restaurant diners’ plates.

Professor Peter Mumby continued: “The good news is that we can take practical steps to protect parrotfish and help reef regeneration. We recommend a change in policy to establish controls over the use of fish traps, which parrotfish are particularly vulnerable to. We also call on anyone who visits the Caribbean and sees parrotfish on a restaurant menu to voice their concern to the management.”