Researchers: Climate Change Will Have Different Effects On Lakes In Warmer And Colder Regions 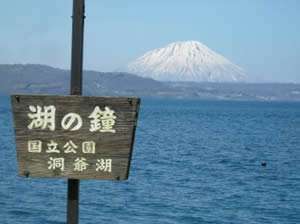 MAGDEBURG, Germany -- Climate change will have different effects on lakes in warmer and colder regions of the globe. This is the conclusion reached by Japanese and German researchers following studies of very deep caldera lakes in Japan. Scientists from Hokkaido University, the Hokkaido Institute of Environmental Sciences, Kagoshima University and the Helmholtz Centre for Environmental Research (UFZ) compared current measurements with measurements taken 70 years ago. This confirmed a rise in temperatures in the deep water layers of lakes in the south of Japan, while the deep water temperatures of lakes in the north remained the same. Rising temperatures can lead to changes in nutrient exchange and turnover in the water. In certain circumstances, winter circulation behaviour can be so severely affected by rising temperatures and other climatic factors that oxygen supplies to the lower depths become insufficient for many organisms, leading to an accumulation of nutrients in the deep water, say the researchers writing in Geophysical Research Letters.

Measurements from 2005 and 2007 in deep Japanese caldera lakes provide information about the distribution of dissolved nutrients in the water. There are two reasons why this chain of lakes makes an excellent research subject for providing general information about circulation under changeable climatic conditions that will be valid for lakes outside the research area. Firstly, the lakes cover a climate gradient that stretches from the south of Japan to the northern island of Hokkaido. Secondly, oxygen and nutrient exchange between the deep water and the surface in the lakes under investigation is controlled almost exclusively by temperature differences.
Lake Ikeda is a caldera lake located 40 km south of Kagoshima city on Kyushu island in the south of Japan.

Water quality in lakes is an important economic factor for tourism, water companies and fishing businesses. Together with colleagues in Australia, Canada and Spain, UFZ scientists are therefore working on numeric lake simulation models which are designed to provide predictions about water quality under altered conditions.