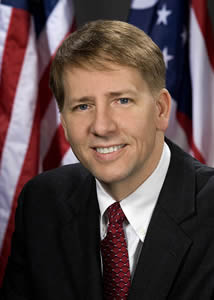 The memo responds to a request from Judge Robert M. Dow Jr. of the United States District Court for the Northern District of Illinois to sum up testimony and evidence presented so far in the case. Oral arguments on the attorneys generals' motion for a preliminary injunction seeking an immediate remedy are scheduled for Monday, October 18, in Chicago.

So far, the judge has heard testimony from nine witnesses who offered guidance on the biological characteristics of the fish, the capabilities of the current barriers and the economic impact likely to occur if Asian carp establish a population in the Great Lakes.

"The additional witnesses called by the Army Corps so far have offered no assurance that the current barriers will keep the carp out of the Great Lakes with certainty, nor have they offered any viable plan for what happens if the carp reach the lakes," Cordray said. "We will continue to fight on behalf of all Ohioans and those who make their livelihood in the Great Lakes. We must use all means necessary to stop the carp effectively and to prevent irreversible harm to this truly unique ecosystem."

The attorneys generals' memo argues that it is undisputed that the carp are perilously close to Lake Michigan, the effectiveness of the strategies employed so far is at best unknown and, by the time it is known, it may be too late. It also highlights passages from various witnesses' testimony that support these claims. To read the memo in full, go to OhioAttorneyGeneral.gov/AsianCarpMemo.

On July 19, Cordray and the attorneys general from Michigan, Wisconsin, Minnesota and Pennsylvania filed suit seeking the court's assistance in obtaining protections against the spread of Asian carp into the Great Lakes through the Chicago Area Waterway System. In particular, the lawsuit seeks the establishment of a permanent physical barrier between the Great Lakes and Mississippi River basins.

The lawsuit names as defendants the United States Army Corps of Engineers and the Metropolitan Water Reclamation District of Chicago, which operate and control the system's facilities. The waterway system connects rivers in northern Illinois and Indiana to Lake Michigan and, by extension, to the rest of the Great Lakes. The lawsuit alleges that the continued operation of the Chicago Area Waterway System constitutes a public nuisance that threatens all of the Great Lakes, the natural resources within them and the public's rights to use and enjoy their waters. It also seeks the review of a series of administrative decisions or omissions by the corps related to controlling the Asian carp migration.

To view a copy of the complaint, go to ohioattorneygeneral.gov/2010AsianCarpLawsuit.