First As Costa Rica Hotels Agree To Stop Serving Sailfish, Marlin; 'Good For The Oceans And Good For Business' 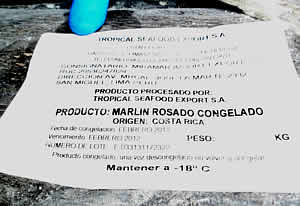 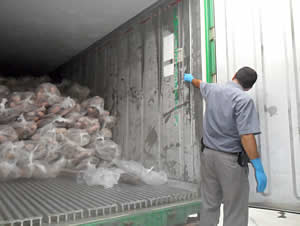 FORT LAUDERDALE, Florida -- Costa Rican government officials have released information to The Billfish Foundation (TBF) regarding the seizure of over 7,000 kilos of sailfish meat from a seafood exporter. Sailfish are protected species in the popular Costa Rican fishery.

Costa Rica Sport Fishing Federation (FECOPT) Executive Director Enrique Ramirez said in newspaper reports that illegal commercial fishing and the exporting of sailfish meat had been reported for months as FECOPT tried to get the authorities to take action. FECOPT was formed to represent the interests of its anglers and the sport fishing tourism industry.

Nelson and Nanne still have concerns regarding the vulnerability of sailfish that collect in certain areas along Costa Rica's coast.

"We're told that if INCOPESCA wins this case," said Nelson, "money from the sale of the meat would go to Costa Rica's National Guard for enforcement and oversight improvements to protect the fishery."

Tourism is Costa Rica's top industry and research showed North Americans traveling there in 2008 to fish generated $599 million - or two percent of Costa Rica's gross domestic product. The 2009 study by TBF, Southwick Associates and the University of Costa Rica, revealed 283,790 anglers visited Costa Rica and their economic impact even overshadowed commercial fishing. Some 22 percent of those tourists visited the country to exclusively fish.

Since 2008 Costa Rica has been proactive in enacting conservation laws and measures to control commercial overfishing. INCOPESCA passed measures protecting its sailfish and other sport fishing resources by putting a halt to the exportation of sailfish meat and stopped the use of live bait by the commercial long-liners.

TBF has been working with the governments of Mexico, Costa Rica and Peru â some for over a decade â to protect billfish, mainly from overfishing coastal fisheries by commercial interests, while implementing tag and release programs for sportsmen.

Established 25 years ago, The Billfish Foundation is the only non-profit organization dedicated solely to conserving and enhancing billfish populations around the world. TBF's comprehensive network of members and supporters includes anglers, captains, mates, tournament directors, clubs and sportfishing businesses. By coordinating efforts and speaking with one voice, TBF is able to work for solutions that are good for billfish and not punitive to recreational anglers. To reach Dr. Nelson call 561-449-9637 or visit www.billfish.org