Whales Are Polite Conversationalists: Rhythms Can Be Spotted In Ocean's Chatter; 'They Do Not Interrupt Each Other' 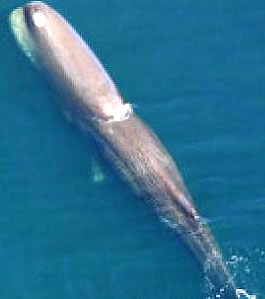 NEW ORLEANS, Louisiana -- What do a West African drummer and a sperm whale have in common? According to some reports, they can both spot rhythms in the chatter of an ocean crowded with the calls of marine mammals -- a feat impossible for the untrained human ear.

Now a group of marine biologists at the Littoral Acoustic Demonstration Center has developed a tool that can spot these rhythms and identify individual animals. Their results, which will be presented at a meeting of the Acoustical Society of America (ASA) next week in San Antonio, suggest that whales make a specific effort to keep their calls from overlapping.

George Ioup at the University of New Orleans and colleagues have developed a way to analyze calls produced by marine mammals. Their technique, which follows principles similar to how the human ear picks out a voice at a crowded cocktail party, groups similar-sounding clicks to isolate the calls of individual animals.

Natalia Sidorovskaia of the University of Louisiana at Lafayette and colleagues have discovered that whales change the intervals between these echolocating clicks in a way that seems to prevent cluttering the echoes from these calls.

"In other words, whales are polite listeners; they do not interrupt each other," writes Sidorovskaia. She suspects that this communication strategy would allow groups of whales to explore their environment faster and more efficiently.