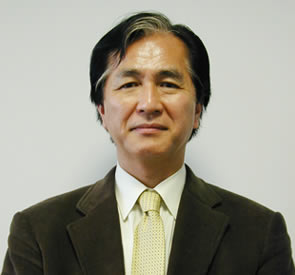 Dr. Toshio Yamagata announced seasonal climate predictions for 2012 which are strongly influenced by the Pacific and Indian Oceans

TOKYO, Japan -- Professor Toshio Yamagata, Dean of University of Tokyo Graduate School of Science and Head of the Application Laboratory of Japan Agency for Marine-Earth Science and Technology (JAMSTEC), has announced seasonal climate predictions for 2012 which are strongly influenced by only recently understood climate variations in the Pacific and Indian Oceans.

Prof. Yamagata's predictions not only have enormous importance in terms of oceanic as well as atmospheric temperature variations, but also directly impact a wide range of economic and security issues for nations bordering the Pacific and Indian Oceans.

His supercomputer-driven models show a direct link between recently discovered climate variation phenomena in the Pacific and Indian Oceans and weather patterns in those vast areas. Industrial applications of these long-term weather and ocean forecasts are expected soon.

1) El Nino Forecast: A La Nina condition will continue in the winter and spring, and begin to dissipate in the summer.

2) Indian Ocean Forecast: A weak Indian Ocean dipole mode will develop in the early summer and peak in the autumn. Warmer-than-normal sea surface temperatures will persist west of Australia in subsequent seasons.

3) Regional Forecast: Colder-than-normal temperatures, which are associated with the La Nina condition, will continue over many parts of the world in coming seasons. In contrast, however, the northern part of Eurasia and the US will experience a warmer-than-normal climate in the spring. Japan may also experience warmer-than-normal conditions in the spring. This seems to be due to influences from the high pressure anomaly over the northern North Pacific in response to La Nina. Eastern China and southern Japan will likely experience less rain during their annual rainy seasons in mid-summer. In conjunction with the negative IOD, the southern hemisphere winter rains over Indonesia and Australia are expected to be above normal. However, the Indian sub-continent will experience a weaker summer monsoon.

Prof. Yamagata used the JAMSTEC giant Earth Simulator supercomputer - one of the largest and fastest computers on the planet - to develop his new model of climate change, one that combines meteorology and oceanography. Supported by his own version of a complex atmosphere-and-ocean-based model (the SINTEX-F1 coupled general circulation model), he discovered and confirmed the new phenomenon in the Indian Ocean that is similar to the El Nino and La Nina phenomena in the Pacific Ocean. Because the newly discovered phenomenon oscillates between "positive" and "negative" sea surface temperature patterns, he named it "Indian Ocean Dipole". By using the Earth Simulator to run his new model of climate variations, the group, led by Prof. Yamagata, succeeded in making the world's first prediction of the Indian Ocean Dipole (IOD) event in 2006.

Based on this research, Professor Yamagata predicted the massive flooding in Thailand last year. "In 2011, we observed both the IOD in the Indian Ocean and La Nina in the Pacific Ocean. When we see the IOD pattern, we can expect heavy rain over Indo-China. And La Nina also brings heavy rain in this region, so it was likely that the region would receive a double punch of torrential rain. Actually, our model predicted that," according to the professor.

As the flooding in Thailand illustrated, unusual weather can have a disastrous impact on surrounding countries, producing heavy rain, typhoons, or droughts. These extreme weather patterns have far-reaching effects on individuals, businesses, societies, even entire national economies. Prof. Yamagata's approach can now predict such calamitous weather phenomena quickly and more accurately than other models.

With the support of SATREPS, he is conducting joint research together with the Republic of South Africa-based Applied Centre for Climate & Earth System Science (ACCESS) on "Prediction of Climate Variations and its Application in the Southern African Region." Southern Africa is particularly vulnerable to the risk of climate variations because its production depends heavily on nature. The research collaboration aims to reveal both the appearance of specific climatic variations, such as the subtropical dipole mode that influences southern Africa, and the mechanism behind the ongoing long-term change.

The overall goal is to contribute to the sustainable growth and well-being of southern African society. By analyzing the results of prediction experiments, the researchers can evaluate the accuracy of climate predictions in this subtropical area, and by verifying prediction results, refine the physics such as cloud formation and precipitation processes of the model.

After further improving the accuracy of the prediction model, the Professor and his team hope to develop a new model that can accurately predict unusual weather patterns and extreme events all over the world. "My goal is for the finished model to benefit all businesses and industries and to help people's well-being in all regions of the world," noted Professor Yamagata.

About The Indian Ocean Dipole (IOD)

In 1999, Yamagata, then Program Director at Japan's Frontier Research Center for Global Change, and Hameed Saji, a researcher at the same institution (now an Associate Prof. at the University of Aizu), discovered this phenomenon and published their findings in the journal Nature.

The IOD phenomenon is quite similar to El Nino, which occurs in the tropical region of the Pacific Ocean. In the IOD, the surface temperature of the ocean begins to drop in the eastern Indian Ocean (off the coast of Java), while it rises from the central to the western Indian Ocean (extending to the coast of Kenya). In response to these oceanic temperature changes, the easterly wind at the equator becomes stronger. This IOD phenomenon usually develops in May or June, reaches a peak in October, and fades away in December.

It is now clear that this phenomenon can lead to droughts in Indonesia or Australia while producing massive flooding in parts of east Africa such as Kenya. In addition, it has a significant impact on summer monsoons, leading to heavy rain from northern India to the Indochinese peninsula and southern China, and also produces exceptionally hot weather in eastern Asia and western Japan, including the area around Okinawa. It has also been reported that this phenomenon is closely linked to severe hot weather patterns in the European Mediterranean.

The Science and Technology Research Partnership for Sustainable Development Program (SATREPS) is a Japanese government program in which scientists from Japan and developing countries work together to solve global issues. Global challenges such as environmental problems, energy issues, disaster prevention, infectious diseases, food shortages and so on cannot be met by a single country or region acting on its own, so engagement by the international community is essential.

To address these issues, SATREPS works through three- to five-year projects involving partnerships between researchers in Japan and developing countries. The program is a collaboration between two government agencies: the Japan Science and Technology Agency (JST) and the Japan International Cooperation Agency (JICA).